Allergy refers to the increased sensitivity or abnormal reaction to certain substances. When exposed to the elements, allergic individuals produce symptoms which, on the other hand, might not affect non-allergic individuals.Allergic people usually produce a particular antibody known as immunoglobin E, which is capable of reacting with the environmental substances in a harmful way. The substances known to stimulate the production of IgE antibodies are referred to as allergens. Allergens react with IgE antibodies to produce histamine which result in allergic symptoms in the eyes, nose, chest, and skin among others. Some of the most common allergens are house dust, molds, eggs, animal dander, house mites, milk, nuts, and pollens.

Hay fever or allergic rhinitis is an allergic disorder that causes the inflammation of the mucous membranes that lines the nasal cavity. When one comes into contact with something he or she is allergic to, such as dust, pollens, strong odoror molds, the mucous membrane gets affected leading to inflammation. Hay fever is common during spring and autumn season when the pollens are widespread. 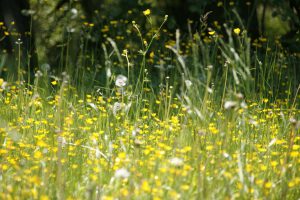 The typical symptoms associated with allergic rhinitis include; running nose, sneezing, and watery discharge from the eyes. Also, the symptoms may include a postnatal drip where a discharge from the posterior nares drains into the throat. This may lead to loss of smell while in other cases; the nose might get blocked or stuffed up. When this happens, the patient may be forced to breathe through the mouth. During the night, the symptom may become severe leading to blocking of the ears.

Allium Cepa helps in treating the symptoms of a running nose and a watery discharge from the eyes. Hay fever may make you experience a thin and acrid, watery discharge from the nose. Your eyes may turn bland or red and become insensitive to light. As you cut onions, your nose and eyes may experience some burning. Allium Cepa is made from onions and imitates the symptoms you experience when you cut onions.

In the event, a patient feels worse in open air and experiences thirst, Arsenic Album is the perfect medicine to treat the symptoms. The patient may experience excoriating discharge from the nose. Despite drinking more water, thirst might persist. Arsenic Album can be used to mimic these symptoms.

Natrum Mur can be used in cases where a patient experiences a lot of sneezing. The mouth and mucous membranes of the patient may dry. The nose may produce a thin and watery discharge resembling the white of an egg. This may come with the desire to eat salty food or taste salt. Natrum Mur is ideal in treating hay fever as it will mimic the symptoms and help you recover.

Merc Sol is useful for treating the symptoms of hay fever such as increased sensitivity to heat and cold. A patient may experience a watery discharge and sneeze from the nose.The medicine is characterized by increased sweating and prolific salivation in the mouth. The mouth may become wet most of the time. The patient may feel thirsty every time despite the increased salivation. Also, the mouth may produce a foul smell.

Homeopathy treatment for allergy is believed to work despite scientists failing to approve homeopathy as an effective form of therapy. Many people claim to have recovered from allergy after taking homeopathic medicines.