Homeopathy is a form of medicine that was created by a German doctor over 200 years ago. The treatment has been widely practiced over Europe and is now gaining significant popularity in other parts of the globe such as the United States. Homeopathy is grounded on the rule of nature called “the law of similar” that dates back to 400B.C. in the Greeks. The law is based on the ideology that “like cures like.” A substance causing symptoms in a healthy person can cure similar symptoms in an unhealthy person. For instance, in case an onion causes your eyes to get irritated and watery, you can use diluted onions to treat illnesses like hay fever. The theory behind this is that by exposing our bodies to agents that mimics these symptoms, our body’s defense and immune processes are stimulated and, therefore, responds by eliminating them.

Homeopathic remedies come from natural sources that are highly diluted in water. Every mineral, plant and chemical can result in its unique set of mental, emotional, and physical symptoms when in overdose. When we get ill, we tend to have our own idiosyncratic emotional, mental, and physical symptom pattern which may differ from those of other people suffering from the same disease. Homeopathic treatment is a natural pharmaceutical science where a practitioner tends to determine a substance which would cause similar symptoms to those of a sick person when in overdose. However, when the match is generated, the resultant substance is administered in minuscule small and safe doses.

The “law of similar” or “like cures like” concept also has Eastern roots. Aikido, the martial art, is based on the principle that when people use the force of the attacker against themselves, they can defend themselves as compared to the case where they attempt to butt up against the attacker’s blows. Aikido specialists usually blend and flow according to the force of the attacker, and with ease, manage to throw the attacker to the ground. In the same way, homeopathic medicines are preferred because of their ability to match and imitate the symptoms of the sick person and, hence, go with, and not against the body’s effect to heal itself. 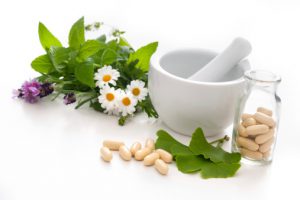 The “law of similar” is a practical guide when giving prescriptions for medicines that will heal a patient. For example, a young girl woke up one morning having a sore throat. She reported feeling a lot of swelling with a burning and stinging pain in her throat. On further questioning, it was determined that warm food and drink is what provoked the pain. Conversely, cold food and beverages were tranquilizing. Even though she consumed little water, she was not thirsty at all. She was only tearful. For a homeopath, this would mean that she was experiencing the symptoms bee venom since bee venom leads to swelling with a burning, stinging pain.

To understand the principle behind homeopathy, you don’t have to enroll in a university or a college. Also, you don’t have to study medicine. You just have to be more observant and keen enough to identify the similar symptoms your patient is suffering from and deduce the correct solution for them.